John Kirtley was born in California in 1929 (39 er 49, its hard to subtract when the numbers get so big).  Soon after he moved east to the New York/ Connecticut area.  Then he moved back to California, then he moved back to the New York Connecticut area.  This more than anything typifies John's approach to life.  Keep trying until you get it right, and stick with it once it works. (Expect another move to California in the near future). 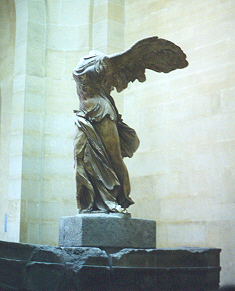 As is common for science types, John's early relationships did not work out too well.  Shown at left is a photo of the other half of one of his first relationships.  She didn't have the grey matter to appreciate John and the relationship soon ended. 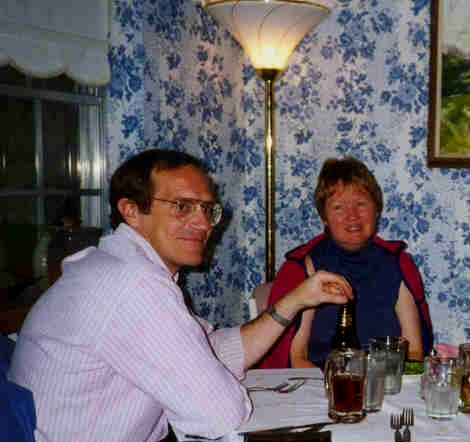 As is common for John, he kept trying until he got it right, and eventually married a "blond bomshell," as he calls her, who could match his mind and was even a step ahead of him in some areas (like birthday's for instance). 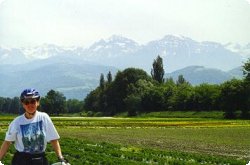 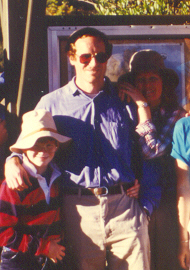 John and Kathy had a son, David.

The influence that John has had over David can be seen in all aspects of his life.  For example, David hates math, hates science and really enjoys discussing politics.

John is an outdoor enthusiast.  Next to his family and work, exercise and the out of doors may be the most important thing in his life.  Most people don't know he was awarded an undergraduate scholarship in track and field as a pole vaulter.  A left/right brain problem ended his dreams of olympic gold, but john remained active: 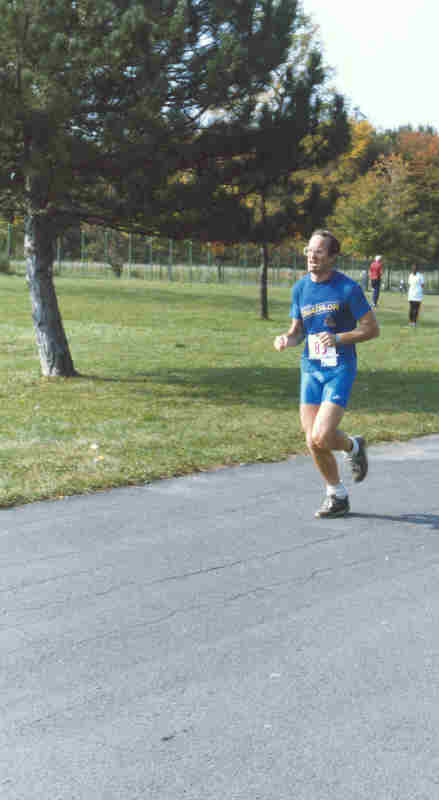 But not nearly as much as this guy! 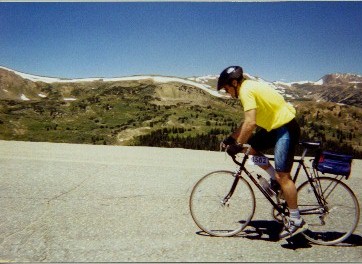 John riding over Loveland Pass during the triple bypass in Colorado.  You know, to get this picture someone had to have ridden over the pass ahead of John. 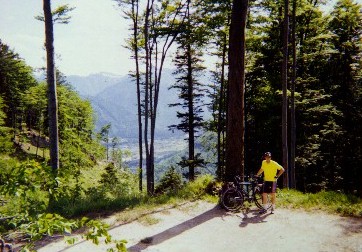 Yet another pass, this time in Austria. 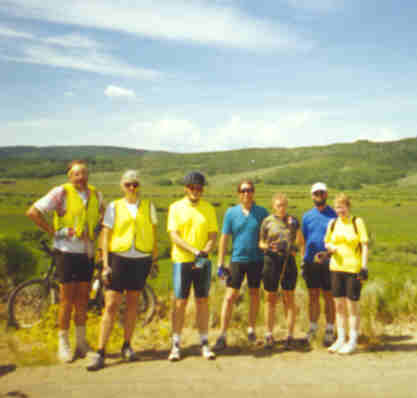 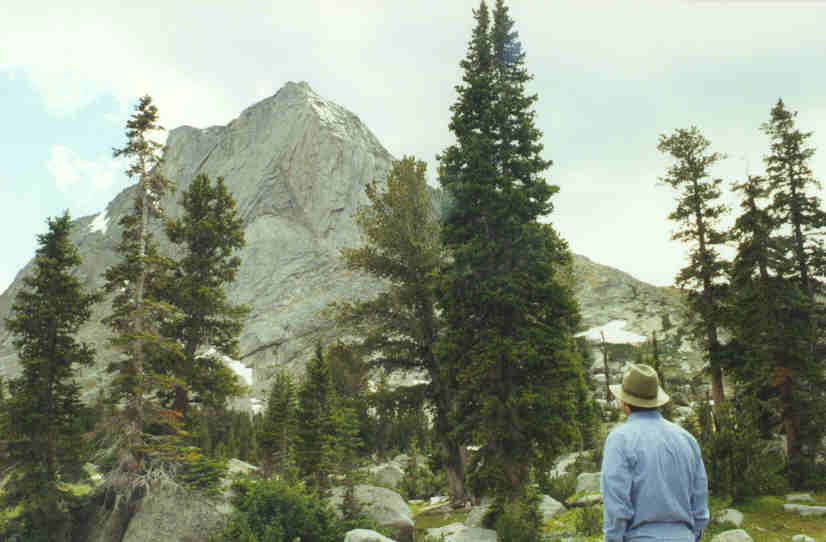 John was actually the first person to "coin" the Indian Jones hat, but the Muncee Kirtley hat, as he called it didn't catch on.  Maybe it was the name? 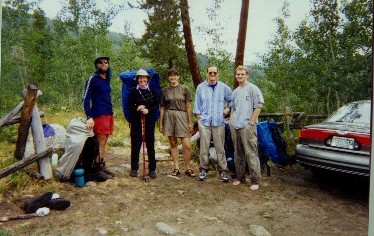 When you post doc with John, the final exam before leaving is unusual.  You have to prove you can hike with the Kirtley's. 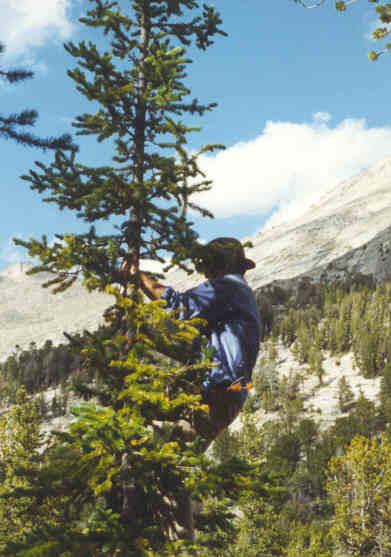 We see where John is, so where's the Bear? 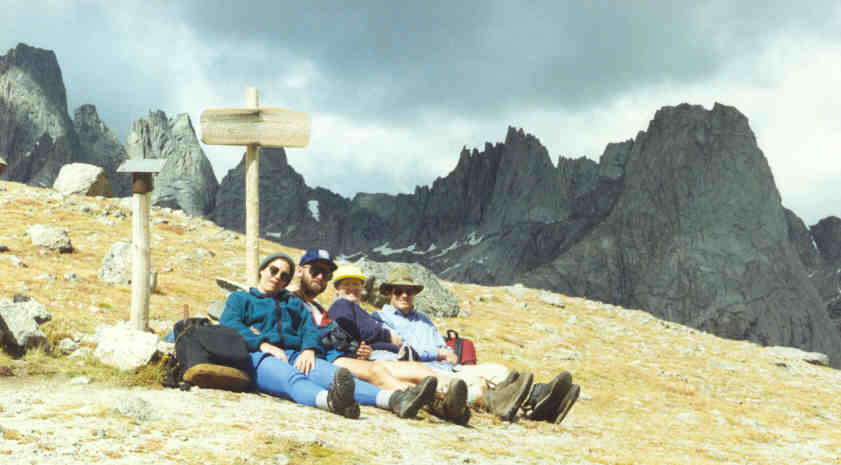 Just angle right, and contour left.  Should be easy!"

John did his undergraduate and Graduate work at UC Santa Barbara.  Ignoring a small stint at Penn, he spent the rest of his carreer at IBM.

John explored a broad range of phenomenah and was quite successful  But his real breakthrough came when he began working with the scanning squid microscope, shown schematically at left.


At one point, John misinterpreted a directive from management to do less science as a practical joke.  While his colleagues scrambled to find new jobs, John applied his microscope to measurements of flux quanta in high temperature superconductors.  His (and colleagues) discovery of half integer flux quanta, rocked the theoretical community, and earned him the prestigious Buckley Prize in 1998. 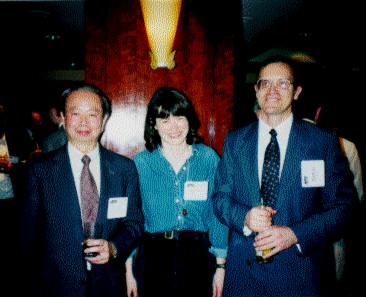 But fame brings with it some serious downsides.  John has had difficulty dealing with the paparrazzi, faked pictures of him with farm animals in the tabloids, throngs of authograph seekers etc. Here he is seen at the Buckley prize reception with co-prize winner Chang Tsui and a star struck science groupie who crashed the event just to share a moment in the limelight. 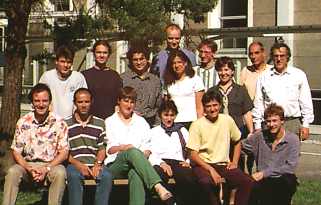 But it's had its rewards as well.  John has collaborators all over the world. 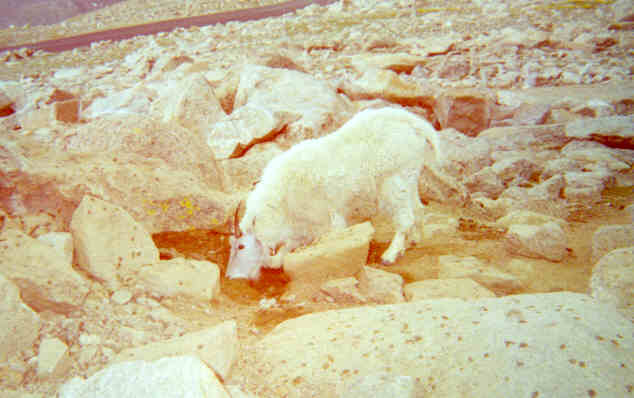 Well, John has handled his first 50 pretty well.  Most of us can hardly wait to see what he will become during the next 50!